With the streamlined course of Institute of Integrated Engineering & Management, we seek to help the students make a successful career early in their lives. With our emphasis on providing broad exposure to a variety of career building courses, students can begin to grasp the concepts and imbibe specific management skills for improving their productivity.

today’s competitive world, it is an imperative that students grasp the concepts relevant to their subject, but also that they are familiar with industry specific technical know-how. To achieve this, we have also introduced a slew of computer courses. The distance learning course makes it very convenient for students to develop the necessary skills and competence without compromising their regular employment or main course in which they are enrolled.

AIMT was established in 1995 is Registered with Govt Of Delhi NO 3066, we are a member of AIMS-ATMA(association of Indian management school),Member IADL (International Association for Distance Learning), it is also an ISO 9001:2008 certified by KVQA ,India and NORSK Akkreditering of Norway maintaining quality standards in distance learning education 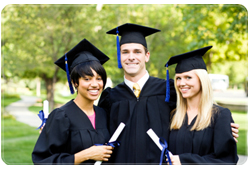 Academic Institute of Management & Technology is one of the India's leading educational foundations with international standards. National Institute of Business Studies is established in Delhi to provide quality education to student through distance learning.

AIMT is registered with Delhi govt. So we are able enough to provide education on national level. AIMT is an ISO 9001-2008 Certified International B-School Accredited through Norway Accreditation Board.

Academic Institute of Management & Technology- Specialization (or specialisation) is the separation of tasks within a system. In a multicellular creature, cells are specialized for functions such as bone construction or oxygen transport. In capitalist societies, individual workers specialize for functions such as building construction or gasoline transport. In both cases, specialization enables the accomplishment of otherwise unattainable goals. It also reduces the ability of individuals to survive outside of the system containing all of the specialized components. Adam Smith described economic specialization in his classic work, The Wealth of Nations. Specialization is when people specialize in one thing or another which they are good at. One argument holds that the introduction of agriculture to tribes and hunter gatherer's enabled individuals to safely commit more Free Time and resources to maximize their effectiveness in one aspect for mutual benefit to the whole community. Whereas before, this "Free Time" was critically challenged with time spent securing food, shelter and companionship.

Management involves identifying the mission, objective, procedures, rules and the manipulation of the human capital of an enterprise to contribute to the success of the enterprise. This implies effective communication: an enterprise environment (as opposed to a physical or mechanical mechanism), implies human motivation and implies some sort of successful progress or system outcome. As such, management is not the manipulation of a mechanism (machine or automated program), not the herding of animals, and can occur in both a legal as well as illegal enterprise or environment.Management does not need to be seen from enterprise point of view alone, because management is an essential function to improve one's life and relationships. Management is there everywhere and it has a wider range of application. Based on this, management must have humans, communication, and a positive enterprise endeavor. Plans, measurements, motivational psychological tools, goals, and economic measures (profit, etc.) may or may not be necessary components for there to be management. At first, one views management functionally, such as measuring quantity, adjusting plans, meeting goals. This applies even in situations where planning does not take place

A computer program, or just a program, is a sequence of instructions, written to perform a specified task with a computer.[1] A computer requires programs to function, typically executing the program's instructions in a central processor.[2] The program has an executable form that the computer can use directly to execute the instructions. The same program in its human-readable source code form, from which executable programs are derived (e.g., compiled), enables a programmer to study and develop its algorithms. A collection of computer programs and related data is referred to as the software. Computer source code is typically written by computer programmers.[3] Source code is written in a programming language that usually follows one of two main paradigms: imperative or declarative programming. Source code may be converted into an executable file (sometimes called an executable program or a binary) by a compiler and later executed by a central processing unit. Alternatively, computer programs may be executed with the aid of an interpreter, or may be embedded directly into hardware.

People generally have a reasonable idea of what a dentist, a lawyer or a teacher does. However, the scope of the activities covered by the term 'engineer' is more difficult to summarise. In today's world, engineers are mainly concerned with maintaining and improving living standards and quality of life in a society. Almost every aspect in our lives has somehow been influenced by engineers – the water we drink; the buildings we live in, learn in and work in; the products created in factories; the computers we surf the net on; medical services and technologies we rely on; the appliances and vehicles that make our lives more efficient and comfortable. To 'engineer' literally means to "make things happen". Engineering is about the design and production of useful products and services. Engineering know-how converts scientific knowledge into technology and then technology into successful innovation! Many seemingly simple aspects of our daily lives have been thoroughly designed or controlled by an engineer.

Generally every student asks the question what is the constitutionally and reliability of IIMS certification or what short of service or where admission can be obtained by student passing out from IIMS?


The only answer to all such questions is that all educational Boards / Universities are Autonomous bodies run under the aegis of a trust or society. It is left to the discretion of University whether to go in for UGC approved norms of education or not (take an example of DTE). In this way every state Government is at liberty whether to provide service to a person who has passed out from a particular University or educational Board or not? AIMT is one of the leading educational institution of the country and its courses are similar to the courses offered by various universities and educational boards. Read more